A History of Chinese Tea this Chinese New Year

A popular saying in China identifies seven basic necessities – fuel, rice, oil, salt, soy sauce, vinegar and tea. Deeply rooted in the Chinese culture, China is the only country that produces all six types of tea namely white, yellow, green, oolong, black and Pu-Erh. Tea is one of the world’s oldest and most revered beverages in China. It is an important aspect of Chinese culture and treated as a symbol of balance and nature between humankind. Chinese tea has been designated as the state currency and used as cash at various points throughout history.

A Brief History of Chinese Tea

Dating back almost 5,000 years ago to 2732 B.C. to ancient China, legend has it that Emperor Shen Nung discovered tea when leaves from a wild tea blew into his pot of boiling water. He was intrigued by the pleasant scent of the brew and drank some. Immediately, he felt a warm feeling as if the liquid was investigating every part of his body.

From this, Shen Nung named the mysterious brew “ch’a” which loosely translates to ‘check’ or ‘investigate’. In 200 B.C., a Han Dynasty Emperor demanded the Chinese character for tea emulate the essence of wooden branches, grass and a man between the two. He believed that tea brought humankind into balance with nature. Because of this specific trait, tea was originally consumed for its medicinal properties and benefits. In some cases, people would chew the fresh tealeaves. Furthermore, medicinal ingredients such as ginger; scallion and tamarind peel would also be added. 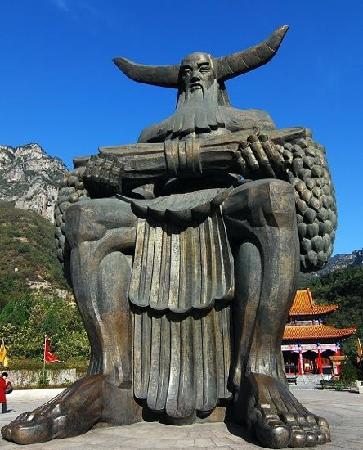 Tea as a status symbol in China

After, the popularity of tea in China continued to grow rapidly from the 4thto 8thcentury and it was used beyond its medicinal properties. Instead, tea was valued for everyday pleasure and refreshment encouraging vast tea plantations throughout China. Tea merchants became rich, and expensive and elegant tea wares became the banner for the wealth and the status of their owners. For this reason, tea was also largely consumed by noble lords and officials and made for official gifts and tributes to be presented for emperors.

According to legend, it was even specified that only young women, presumably because of their purity, were able to handle the tealeaves. Additionally, these young female handlers were not able to consume garlic, onions, or strong spices. In fact, it was believed that the odor on their fingertips might contaminate the precious tealeaves.

The commercialization of Chinese tea

In 202 BC to 220 AD, the trade of teas became more commercialized and more people began consuming tea. From here, tea was seen as a regular drink in South China. In year 618, monks travelling to China brought back some tea seeds with them to Japan. This saw the spread of tea to Japan, and gradually the world.

Today, tea remains an integral part of Chinese culture and is popularized around the world. Additionally, tea is associated with an array of health benefits and beyond. The importance and popularity of tea in China continues in modern day with and is a symbol of the country’s history, religion and culture.

Please enter the email address you registered with. We will email you a link to create a new password.